As part of our recent Modern SaaS Finance Forum, we hosted a series of virtual discussions on a modern-tech approach for managing cash, revenue recognition, reporting, and SaaS metrics in the most scalable and efficient way to position your SaaS company for success. One of the most popular sessions was with Bessemer Venture Partners around their latest State of the Cloud report.

BetaKit recently posted a great recap of that session and we've shared that article below:

Facebook, Apple, Amazon, Netflix, and Google – collectively known as “FAANG” – are often described as the most powerful tech companies in the world. And for over a decade, that analysis was correct. But a new Bessemer Venture Partners report shows the tech guard is changing once again, from FAANG to a new acronym, MT SAAS (pronounced “Mount SaaS”).

Whether public or privately-owned, SaaS companies are surging in terms of revenue, growth, and future opportunities. In a recent Sage Intacct SaaS industry webinar, Bessemer Venture Partners partner Mary D’Onofrio and investor Janelle Teng shared their insights on the state of cloud companies in 2021, and what that means for young SaaS startups.

A year of records

As the COVID-19 pandemic pushed people inside and towards remote work, cloud-based software providers experienced unprecedented growth. But as we potentially see a light at the end of the tunnel, Bessemer’s report indicated that SaaS isn’t slowing down at all. 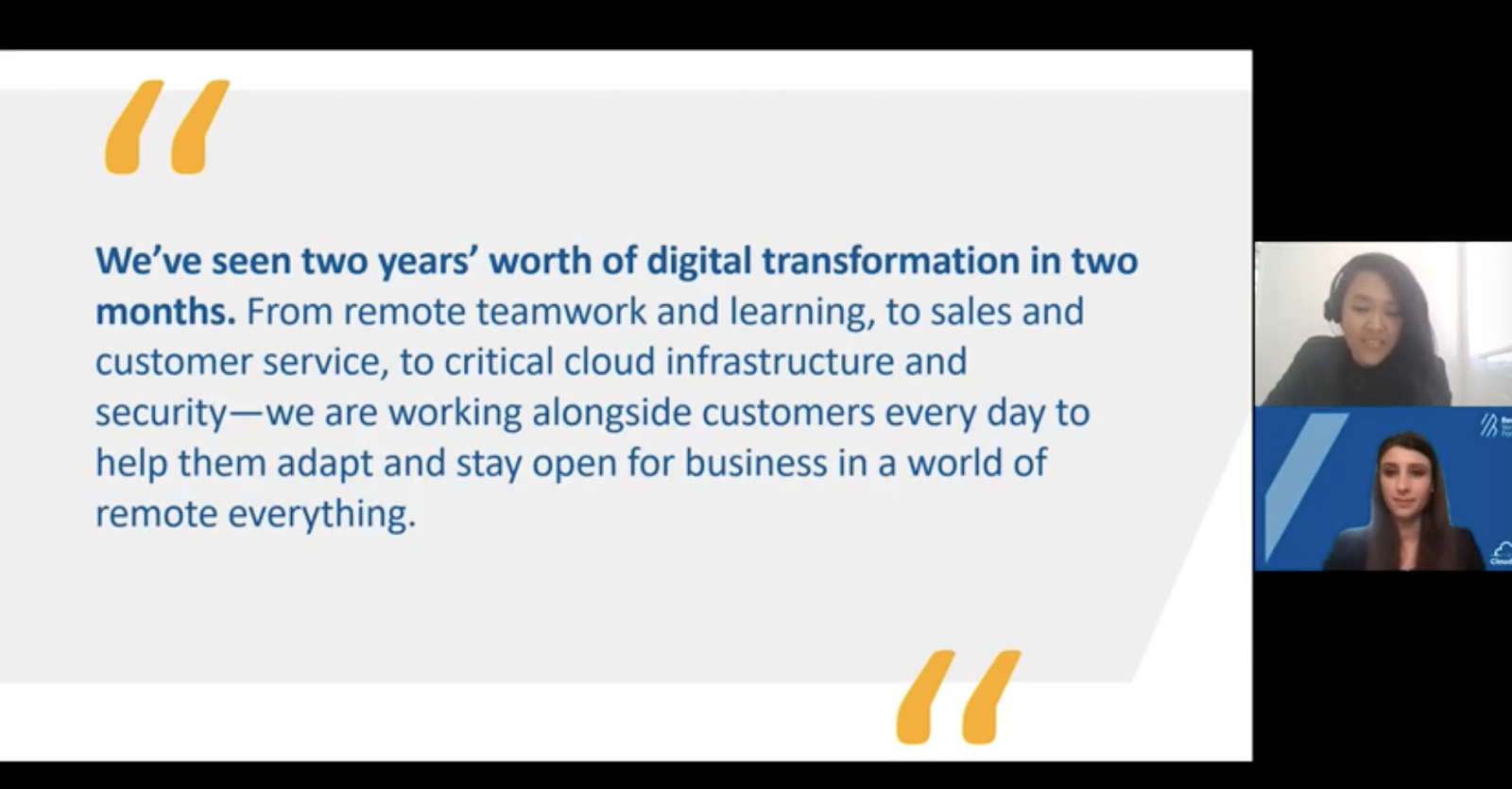 Private markets did similarly well, with SPACs raising $82 billion and Salesforce’s acquisition of Slack becoming the largest acquisition of a private company in SaaS history.

MT SAAS is taking over FAANG

The pandemic also changed the guard, so to speak, of companies dominating the tech ecosystem. Taking over from FAANG, a new acronym emerged to describe 2021’s market leaders, which included one FAANG incumbent. This new guard is called MT SAAS, standing for Microsoft, Twilio, Salesforce, Amazon, Adobe, and Shopify.

A part of this trend is due to strong earnings from SaaS companies, but there’s more at play. SaaS companies are also seeing significantly higher valuations, with investors valuing SaaS at 15-20x earnings multiples versus the 5-10x multiples from a few years ago. Teng explained that this surge in valuations comes from three factors: growth rates, growth endurance, and investor sentiment.

The factor supporting strong revenue growth is dollars deployed in the cloud. D’Onofrio said that there has been a 10-fold increase in dollars going into cloud companies, reaching over $180 billion in spend, and that number is expected to increase by 10-fold again within the next few years.

How young SaaS startups can navigate a changing of the guard

The change from FAANG to MT SAAS should excite SaaS founders, but it’s also an indication that there will be more competition and scrutiny to justify higher valuations. According to D’Onofrio, SaaS founders should think about three different ways to navigate this evolution: sales and marketing, go-to-market, and SaaS metrics.

D’Onofrio said that the early-stage SaaS sales and marketing strategy is still founder-led. Founders often have the most in-depth knowledge of their story, along with the most passion, which can help sway early supporters. Founders leading sales and marketing also helps them stay close to customer needs, which is crucial as the company searches for product-market fit. Once there is some market validation, founders can scale up and remove themselves from day-to-day sales.

Another critical point is how SaaS startups go to market. The traditional playbook suggests hitting up warm connections and attending events to get your name out there. These can be helpful, but D’Onofrio also recommends trying new tactics such as product-led growth, usage-based pricing models, and leveraging cloud marketplaces to reach new potential customers. The first two go-to-market models help SaaS companies know how customers are getting value from their products. The third model is intended to help companies identify new potential verticals or use cases for their product which can help the company scale.

D’Onofrio also recommended a focus on what Bessemer Venture Partners calls the “6C’s” of cloud finance:

5. Cash flow on a monthly basis

These metrics, particularly the cash conversion score, are indicators of health for SaaS companies and predictors of growth. For example, D’Onofrio said it’s impossible to have a good CCS metric if you aren’t efficient with capital, making the metric an internal barometer of capital efficiency and an indicator of whether you’ll have strong growth endurance in the future.

Teng shared a Gartner statistic that 80 percent of sales interactions will take place on digital channels in the coming years. This, said Teng, means that the old ways of selling software may stop being as effective as they once were. This doesn’t mean you can’t try in-person sales methods, particularly as phenomena like revenge travel take hold, but new SaaS companies have to follow a different go-to-market playbook that gears towards supporting the new metrics that matter.

Back to Blog Home

© 2022 The Sage Group plc, or its licensors. All rights reserved. All other trademarks are the property of their respective owners.

Please fill out the form below to join our newsletter

Please check your email—your request is on its way.

Sign up for webinar
Join us for our free, live webinars. Learn more about Sage Intacct.
Register now

Hear from the experts
Sage Intacct gets rave reviews. Hear what your peers have to say.
Read the reviews

Thousands of customers manage their financials with Sage Intacct.